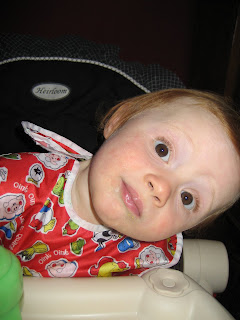 that capture fairly well
some of Cel's characteristics...

The first one is from June,
taken during mealtime.
Celia likes to study things by tilting her head to each side, which has earned her the nickname "Sideways Celia."

The second photograph was taken in late July. Cel and Colby both like to hang out by the back door; there's apparently a lot to keep track of out in the backyard. This picture shows Celia's
gentle spirit, something
most folks pick up pretty readily
when spending time with her. 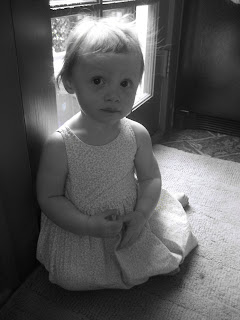