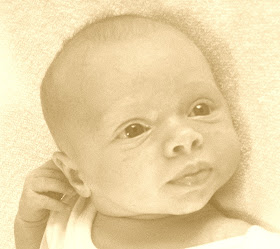 Born March 7, 2007, Celia appeared to be a healthy little girl – she developed normally beyond her first birthday, waving and saying “hi” and learning to use a fork and taking steps… but we noticed when Cel was about 15 months old that her skills had plateaued, and then that she was regressing.  She stopped using any of the words she’d acquired; eventually she stopped trying to walk.  Developmental Specialists at Nationwide Children’s Hospital ordered an MRI and found abnormalities in her brain, but no one could tell us why.  Celia stopped sleeping well about that same time, waking 20 times or more each night.  An EEG revealed myoclonic seizures (small single jerks, that we weren’t able to notice) were likely waking her.  Celia lost the ability to feed herself and her vision became limited.  We visited lots of specialists and Celia’s neurologist ordered lots of tests; after months of searching for a diagnosis, it was determined in January 2009, shortly before her second birthday, that Celia had NCL1 -- infantile neuronal ceriod lipofuscinosis, an autosomal recessive disorder more commonly known as Batten Disease.  Afflicted children have an enzyme deficiency that causes neurodegeneration.  Children with the disease suffer mental impairment, worsening seizures, and progressive loss of vision and motor skills; most do not survive beyond their first decade.

Celia took lots of medicine, her food had to be pureed, and she lost the ability to drink even thickened liquids.  She enjoyed an occasional stroller ride around our neighborhood, and a dip in her grandparent’s hot tub once in awhile, but she favored snuggling on someone’s lap above all else.  She eventually lacked any purposeful movement, her fight to crawl merely a distant memory.  Near the end she slept much of the day, but she smiled a lot too.  We cherished her, and the time we had with her.
Celia had been under the care of Hospice since her diagnosis, so for nearly three years.  She died peacefully, at age four, on January 15, 2012.

update, February 2012:
Batten Disease is rare, about 2 in 100,000, and there are only about 150 children living with it in the US.  Sadly, families may have more than one affected child.  At this time NCL is always fatal, so we were relieved to learn that Celia’s younger brother, Tucker, does not have Batten Disease, and were blessed to welcome Tolliver, another healthy little brother, in time for him and his sister to meet.

update, March 2016:
Celia has a another baby brother, Hank.  He is healthy!