I sit directly across from her couch, look for her face, seeking Celia.  She's not there.
Earlier the sky, dark now, was a deep, even gray, a universe in sympathy. 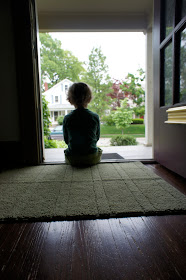 I took the boys to the library this morning.  I noticed, on the wall of the dollhouse, a new plaque: miniature furniture donated in memory of Celia.  It was four years ago that she stood in that spot, one hand balanced against the raised platform, the other grasping a tiny person, make-believing baths and naps. 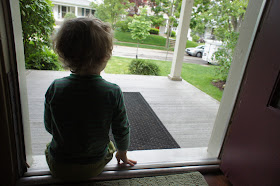 We read books under the roof of the front porch this afternoon, cozy on the cushioned bench, rain falling softly around us.  It was just last summer that Celia joined us on the back patio, resting in her special spot, part of our family's outdoor festivities. 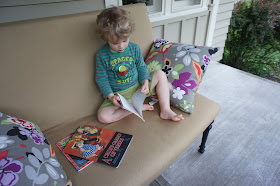 After work and a quick meal of leftovers, Andy and Tucker played "Sharks," a raucous game that appears to include lots of running, some tickling, a variety of animal noises, and copious laughter.  It was only a few months ago that Andy's after dinner hours were spent mixing medications, feeding and stretching and pajamaing Celia. 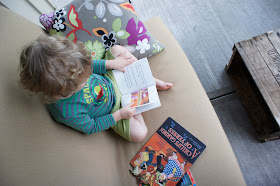