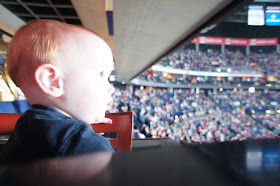 Taking Tollie out attracts attention.  Because he’s cute and because he has bright red hair and because sometimes it sticks up a little.  But more often because he’s loud.  Andy and I are certain that Tuck did not draw stares from strangers the way his little brother does.  It occurs to us, though, that we may not have taken Tuck out in public as often at this age.  When Tuck was one, Celie was sick, and we felt fairly homebound. 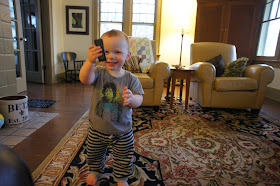 At almost a year and a half, Tollie’s coming into his own.  Andy will freely admit that he considers Tollie more keepable than he did up until a few weeks ago, when the idea of a return policy might have been pretty tempting.  Tollie is presumably a very normal toddler, and we're remembering that even when things are normal they can also feel pretty hard. 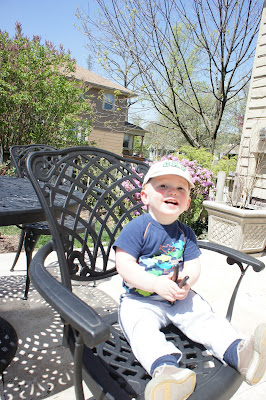 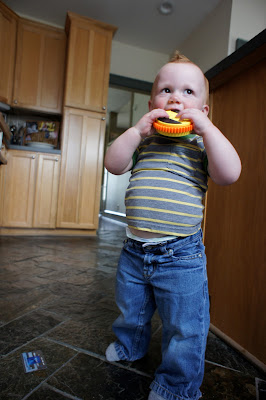 Tollie's learning how to stay connected to us while he becomes himself, beginning to understand his capabilities, discovering that he is competent, and sometimes even in control.  This independence, combined with an increased ability to communicate, has made life a little easier for all of us. 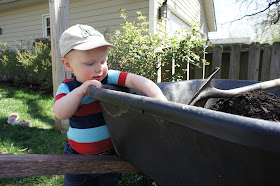 A few words can go a long way.  Tollie strung some together at his grandparents' house over the weekend, where I love you RoRo came to mean multiple things, including I'd like another scoop of ice cream in my bowl, please.
Andy and Jenni at 11:54 PM