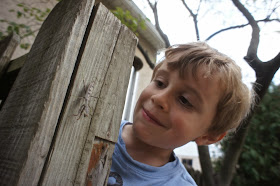 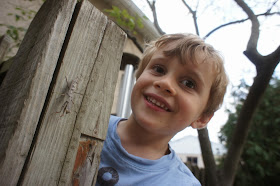 His seems to be an old head on young shoulders.
The collar of his shirt is wet and wrinkled near his neck, a sign he’s been chewing on it, lost in thought.
I can almost hear what's on his mind, almost see his thoughts traveling upward.
Confusion serves only to light him on fire.  It's like his brain is blowing up with ideas.  And with a LOT of questions.
When his voice says “I don’t get it” his face usually suggests he’s ready to learn, every feature exhibiting the kind of curiosity that practically spells the word yet.
I want him to survive the world with at least half the wonder he's so full of at four and a half.  And I want him to keep exploding. 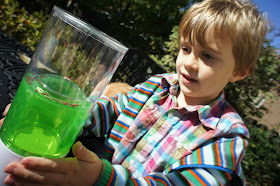 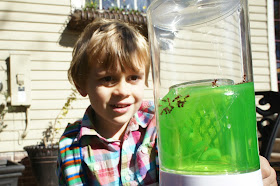