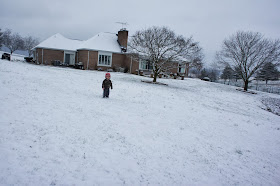 Tucker narrated a trip to Poppy's around the time he was Tolliver's age, so we let Tollie narrate this one. 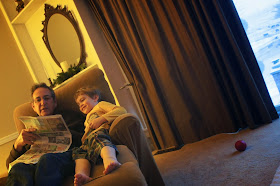 He would not take off the hat he found, and carried the club around all evening.
Meem golf ball.  Meem golf ball club.  Meem Buck-Buck hat. 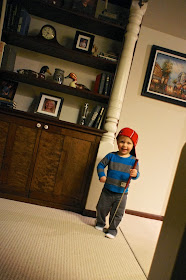 He walked past the dining room, all decorated for dinner, and said, with wide eyes, Nice room.
And then he got stuck under the table with his golf club. 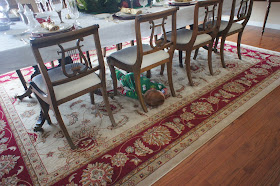 He came in from being pulled on the toboggan behind Poppy's cycle and retold the adventure over and over again.  Meem like sled.  Poppy go fast.  Meem pass cows. 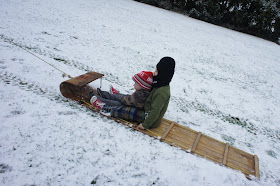 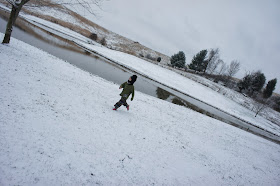 He had a soft pallet on the floor next to Tuck's bed on the couch, but he was not interested.  At all.  Meem sleep with Datuck. 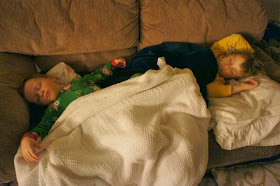