as long as we remember

He wrote her name on one of the feathers of his “I’m thankful" turkey.
He talks about death in a way that feels more honest than any hushed voice or ritualized phrase.  His sister is gone, but she's still his and he is grateful.
I worry that someday she'll feel so distant she may as well be theoretical.  I worry, late at night, over all the wrong things.  He is not going to forget.

I know that he is, generally, a very emotionally healthy kid.  I rely on that fact, certain he has grown, immensely, through some of the worst experiences.  Some of that growth was probably a result of seeing us in an emotionally bad way, in a way that did not allow us to fully attend to him.  That’s part of growing up, maybe, but it’s too much for two or three or four.
I wish he could’ve been spared the whole experience.  But I'm grateful he had a sister too. 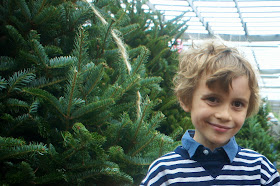 I often feel like I’m not explaining things right, probably because half the time I don’t understand them well myself.   How can I make clear why someone would weep because two ladies who love each other were allowed to get married, why someone would gawk because a black woman was elected to congress, why someone feels big moments of letting go and small everyday demise in the same sad ways.

I start and stop six times, stammering on about history and religion, racism and sexism, illness and death.
This time, something about his pace and his expression tells me he needs to see me managing, not dissolving. He turns his face toward my midsection, the way the sun folds itself into the shoulder of the landscape at dusk, tears dropping from his eyes as if their lives depend upon reaching the hardwood floor.

I'm grateful for your sister, too.
I know it's not fair.
I'll always wish that she were here with us.  The imagining and the wishing are how I keep her here, I guess.
Thank you for reminding me that I'm not the only one remembering.
Andy and Jenni at 12:06 AM