Blow us all away 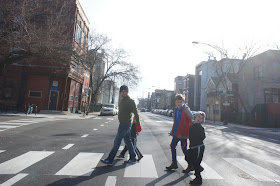 We visited the windy city over spring break, primarily to cash in the boys' Christmas tickets to see Hamilton. We sat in the same stage right dress circle box as Andy and I did when we saw the original Broadway cast in 2015. It's actually a really good thing we'd seen the show because this time around I caught myself staring at the boys faces instead of the stage. They laughed and cried and clapped and cheered, and I have a feeling they may be talking about the room where it happened for years to come.

Tuck devoured the playbill, and counted the number of times certain words were used in the lyrics. He also read nearly every single sign at every single museum. We visited the Shedd Aquarium, the Field Museum and the Museum of Science and Industry. Hank identified every H in the city, loved the giant slide at Maggie Daley park, and laid down on the ground everywhere - to watch the dolphins, to stare at the bean, to hear the waves, to make me crazy. We were in Chicago on St. Patrick's day, with a bright green river and boisterous streets. Tolliver spent most of the trip looking up, or looking for historical information, or looking for an ice cream shop. Or looking for us to explain what the phrase on someone's green shirt meant. His favorite part of the trip may have been the tour of a German submarine.

We enjoyed deep dish pizza and gelato and fish tacos and time with Aunt Kate and Uncle Kevin. We walked along the waterfront and had a Trader Joe's picnic with friends, the weather gloriously sunshiny. We kept the boys off the subway tracks and out of the water and hopefully lessened the distance between what they know and don't know yet, hopefully helped them see the world is wide enough... 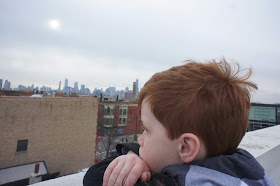 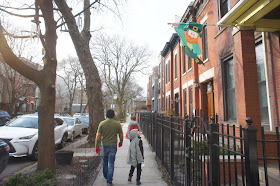 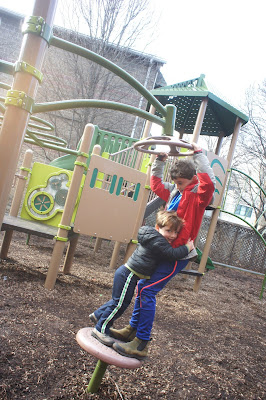 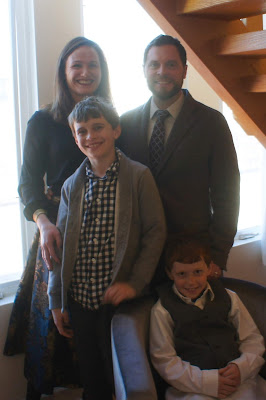 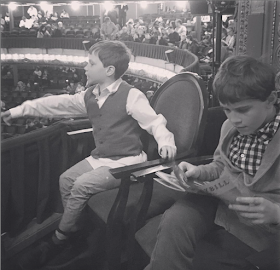 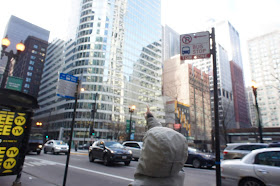 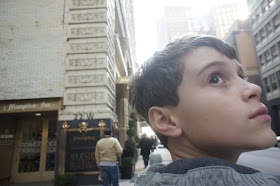 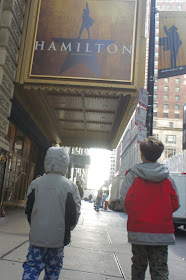 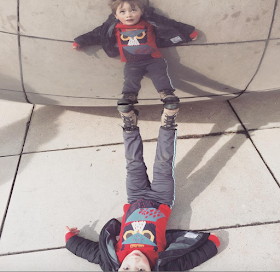 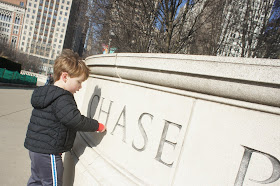 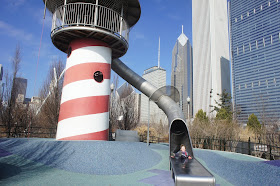 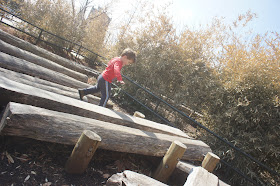 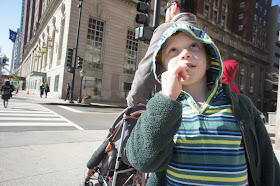 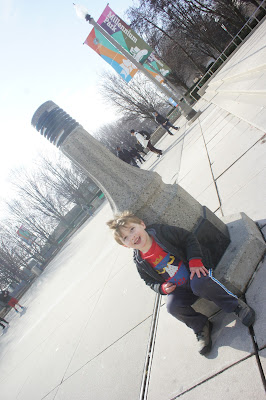 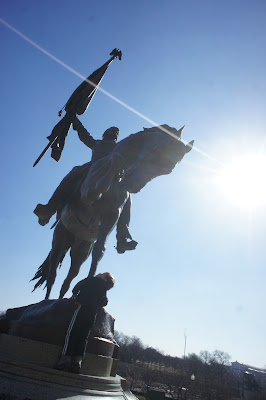 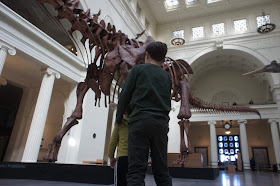 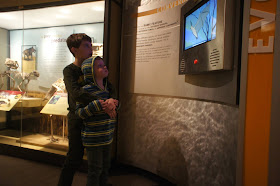 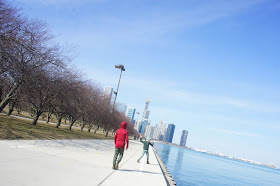 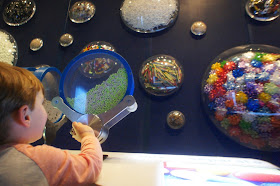 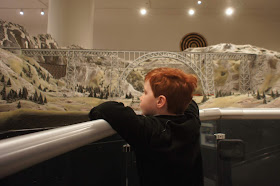 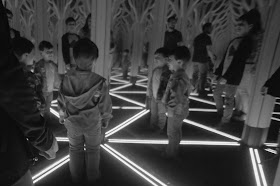 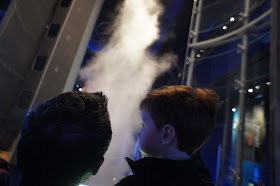 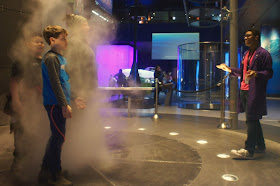 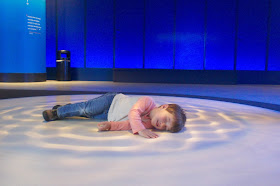